It’s not very easy having a sister like Reagan sometimes. She drives me nuts. I can’t believe we’re actually related at times. I can only imagine what she has told you about me. That I’m weird, eccentric, a crazed food nut that only cares about sticking it to the ‘man’, that last part is pretty much true.

It’s not all bad between us one hundred percent  of the time. Heck we’ve managed to live together all our lives even in the present here on Isla
Paradiso and not kill one another.

We’re as different as night and day though. You may wonder why we live together since we don’t seem to get along so well. For one,  monetarily it makes more sense, at least for me. We inherited a little bit of money and a house from my deadbeat grandfather after he passed away. He never did anything for my father and his siblings while growing up so when he got into a little money he tried to make up for it by leaving it to his grandchildren. My father insisted we take it, it was sort of like owning up to his mistakes he made with his own children.

I wasn’t down with it at first, but nonetheless I accepted it. The money certainly does come in handy being that I am a struggling artist. Reagan on the other hand makes an obscene amount of money now that her modeling career has taken off. Too much if you ask me to just sit around and look beautiful all day.

Growing up I was always into school, did homework on time, got straight A’s. I even managed to skip second grade! I worked my butt off in high school and received numerous scholarships. While Reagan barely made it to college and my dad had to pay out a fortune he didn’t really have in order to send her. Reagan wasn’t stupid or anything, she just didn’t put in any effort when it came to school. I was just glad he wasn’t burdened with my tuition costs. 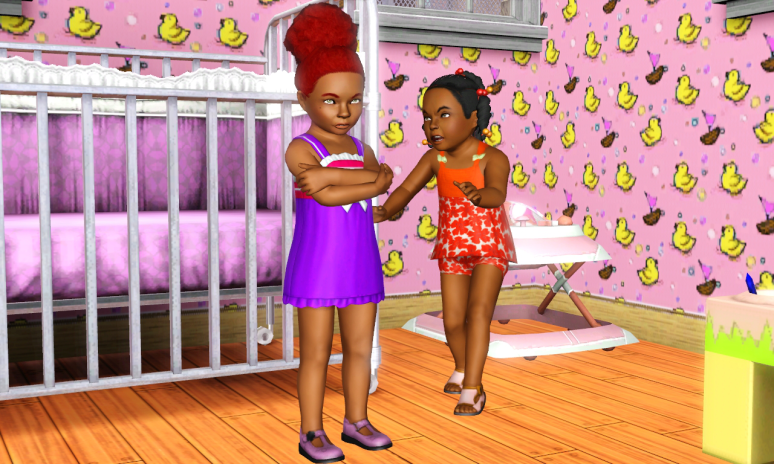 Even as babies Reagan and I would fight. She was the oldest and I loved to torture her, I got such a kick out of that.

We did play and have fun together as well I remember. I think we were pretty happy as babies. We didn’t have much, we lived in the same house from the time we were very small until we left Miami for Appaloosa in high school. Sharing the same bedroom in a small two bedroom house our whole lives. We didn’t get our own rooms until we moved to the country and that was because the houses were much cheaper and my dad was able to afford a bigger place for us. Our dad was so attentive to us back then and of course throughout our whole lives. He was always playing with Reagan and I or taking us down to the beach. 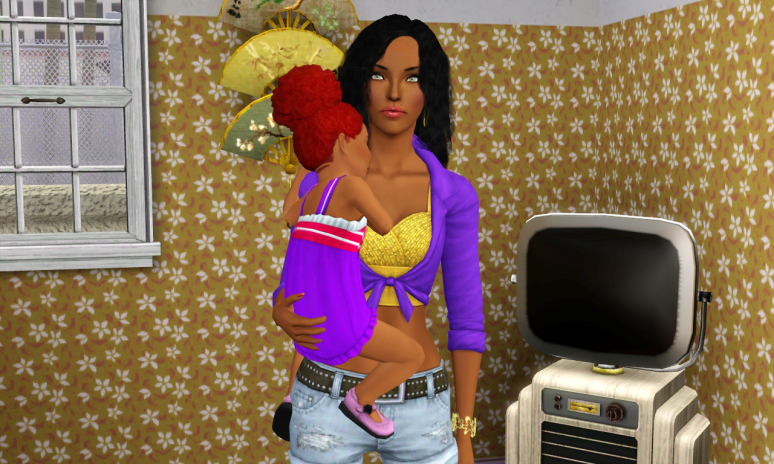 My mother on the other hand seemed like she had to put forth an effort to give us the attention we needed. I just don’t think she had a natural maternal instinct. I was too young to really tell back then, but I picked up on it as I grew into childhood. Yeah, she would pick us up and talk to us and everything, but it was usually after one of us begged for some attention.

My mother also always seemed to want to argue with my dad about trivial things and would often show him the real reason why people referred to her as a diva, sound familiar like someone you already know?

“Raymond, I just think this house to getting too small for us. I am starting to feel claustrophobic, the girls are both practically walking and getting into everything. It won’t be enough room pretty soon,” my mother said to my father one day.

I felt bad for my dad because this was the same complaint my mother made to him over the years about our lack of space in such a
small house.
“Apollonia, I know that, but we barely bought this house. We had to borrow money from my mother and your parents in order just to do
that. Believe me, if I could buy you a house on Star Island or out in Coconut Grove, I would. But this is the best I can do right now on an athletic trainer’s salary. I may have my degree, but they just don’t go that far these days,” Daddy replied

“Well, at least you have your degree. I couldn’t finish college, remember? I was sort of pregnant,” my mother said bitterly

“I hate trying to watch something on this stupid cheap television, can’t even afford cable,” my mother complained.

You could see the frustration on Dad’s face, he was used to hearing this. My mother didn’t work at the time. She stayed home with us and we struggled a lot back then. I knew my dad did the best he could, but it wasn’t good enough for my mother. 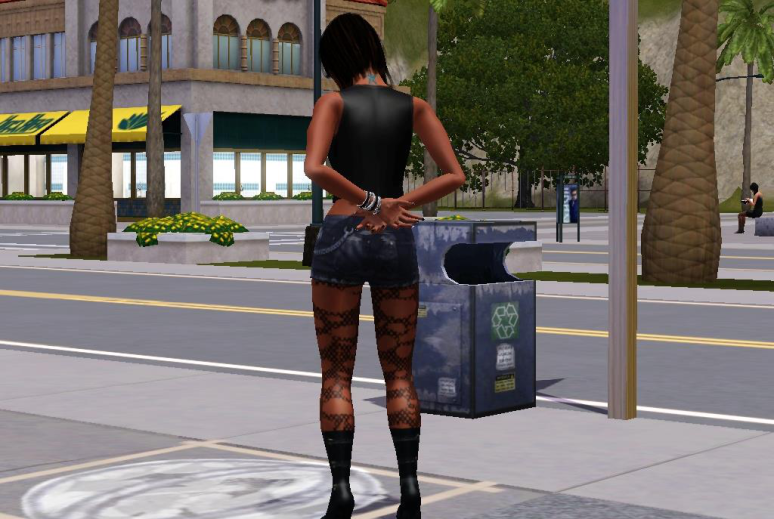 I don’t know, but I was a seriously born rebel. My degree was in Fine Arts and I was slowly but quietly working on my master’s. I didn’t want  Reagan to know about it until I was done. For some reason I think she would harp on me about getting an additional degree. Especially after I became class president and graduated with top honors and making the dean’s list each quarter. She would think I was trying to lord it over her,

I got into street art back in college. I absolutely fell in love with it. I didn’t go around just taggin‘ any old building. It was often abandoned or a place of business whose practices or record in the community was less than stellar and I felt they needed to be taught a lesson.

The risk associated with this type of unauthorized protest was of course getting arrested, which I did. Not my finest hour. I wasn’t too upset about it. I believed in what I was doing and civil disobedience of most kinds was perfectly alright to me.

I had been protesting this particular restaurant that wasn’t treating their workers some dub as “illegal” unfairly. They weren’t giving them their proper breaks or paying for overtime. Regardless of what you believe about people coming to the United States so-called illegally, you would have to agree it is common human decency to pay people their hard-earned wages.

The problem of low wages was bigger in this city than just some local restaurant. So I started doing some research online and getting  the word around that I was planning a big protest down at City Hall in the near future. I spent hours online and on my blog ‘Rebel With A Just Cause’ to get out my issues and I had a lot of support so far. Thankfully I would also be able to count on my two friends
Maya Moreno and Monica Goldberg to help with the set up.

I’m a very compassionate person. Sometimes when things got a little too heavy for me, I liked to sit back and analyze some of my work and think about what I was feeling when I had created it. It helped to center me a little bit.

After I was done with all my online blogging about the upcoming protest, I decided to check out my grandmother’s old record player. I even popped in some of my mom’s old Cyndi Lauper records.

Reagan and I sort of had different views when it came to our mother. Don’t
get me wrong I was still very angry with her about the way she left. Sometimes however I liked to go back into my childhood and listen to the records I would hear her playing.

She was an eighties diva queen and never really stopped listening to all her eighties music even well into the nineties when Reagan and I were born. I think in some ways she held onto that music because I think it was the last time she considered herself to be really happy. No kids, no responsibilities, and her dancing in college was taking off. She did have to put all that on hold once she got pregnant with Reagan. 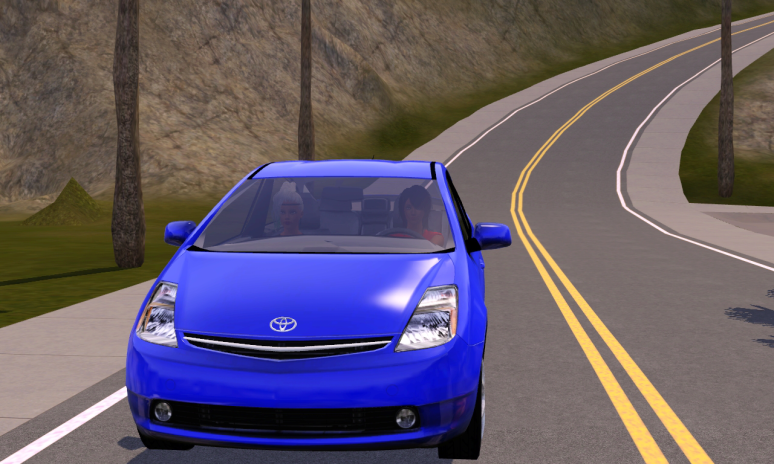 The day of my protest had arrived. I picked up Maya and Monica and we head into the city to give out some last minute flyers.

We head to Mick’s Karaoke and find quite a few people there to give flyers to. Who knows if they would end up showing up, but at least they were polite enough to act interested and took the flyers.

There was a good amount of people who wound up at the protest. I didn’t care how many people or corporations I upset with my message.
Everyone deserved better wages and women deserved equal pay for equal work. Those were the two main points of my platform.

I wish Reagan was more supportive of my protests and issues even if she didn’t agree with me on everything. She was “supportive” back in college, but that was mainly because she was covering the rallies for her blog and needed hits. She stopped coming once her blog became really big.

After the rally,  which I think was successful, Maya, Monica and myself decide to go dumpster diving. I know it sounds low brow, but you can find some really interesting things. I had recently gotten into collecting and scraping for some of the sculptures I wanted to design.

“Dang, Kennedey, how long are you going to be in there?” Maya complained. “Girl, chill. There is a lot of stuff in here since they haven’t picked up the trash yet,” I responded to her. She was so impatient, she reminded me of Reagan in that sense, but they were totally different. I met Maya and Monica once I moved out here at the local coffee house where most of the so called hipsters and the socially conscious crowd hung out.

We all found we had a lot in common. They were heavily involved in local protests and community improvement projects that brought in art and culture to underprivileged areas where they grew up. Both were artists and sculptors. Reagan considered my friends weird and geeks because they were all tattooed up and had purple, white, and green hair. Oh well, at least they weren’t as shallow as her friends.

All in all it was a good day. Even a couple local obscure papers came out to cover the protests and I found some interesting things for my art collection. It had also been a stressful day so I decide to continue to work on a piece that I started on over a month ago. What can I say? It was one of the things I liked to do in order  to relax, plus Reagan was out of town so it was nice to have the house to myself. Just me and the cats. Even if it was just for a little while.