Hello All! Reagan and Jaylen Are Grandparents!

Hello everyone, it’s been so long since I have posted on this blog. Now that we are coming up on the five year anniversary of when Reagan’s epic story ended, I wanted to share some updates with you on what she’s been doing and how her life has been going. First, I still play with Reagan and Jaylen along with their 3 kids and extended family members in TS3. However as I do not play TS3 as much anymore, I have recreated Reagan and her family in TS4. At the end of her epilogue, Reagan had given birth to her son, Neko. Well once the story was concluded she had another child, Brooklyn. Brooklyn is a teen in both TS3 and TS4. It takes me forver to grow my Sims up. LOL. As the youngest, Brooklyn is pretty spoiled and used to getting her way, well with Jaylen that is. Reagan’s mother, Apollonia lives with her, Jay, and Brooklyn in Sunlit Tides. While Reagan and Jay have not become grandparents in TS3 just yet, their oldest kids, Marseille and Neko are in their 20s and done with college. In TS4 this is the same case, however, Neko married his childhood sweetheart, Rawa David. She is the daughter of Yana who was a minor character in Reagan’s story and Stacey David, a friend and business associate of Rashin, Reagan’s notorious awful ex.

About five years ago I had a little mini story about Neko and Rawa on my Instagram. Anyway, Neko and Rawa live in Brindleton Bay with their twin daughters, Dynasty and Apollonia Reign. Brooklyn is currrently living with them as well as she is attending a prestigious school for her last year of high school while Reagan and Jaylen travel around the supporting their charitable foundation The Reagan and Jaylen Powers Foundation. Jay is still a club business mogul along with his twin brother, Amarre. The Powers brothers have amassed a large fortune over the years and own over 100 clubs and exclusive resorts worldwide.

Rawa and Neko graduated from the same university. She chose to be a stay at home mom while her kids are young and Neko has followed in his father’s footsteps and owns a major club in San Myshuno.

Reagan and Jay often pop up to Neko’s to visit their son and grandbabies. Reagan couldn’t be happier to be a grandmother. When Rawa was in labor I sent her to the hospital. Reagan as an NPC showed up at the same time! I was not controlling her nor did Rawa or Neko call her to come, but I guess somehow she knew she had to be there to witness her grandchildren being born!

Here’s some pictures taken over the last several months in my game featuring the Powers family. 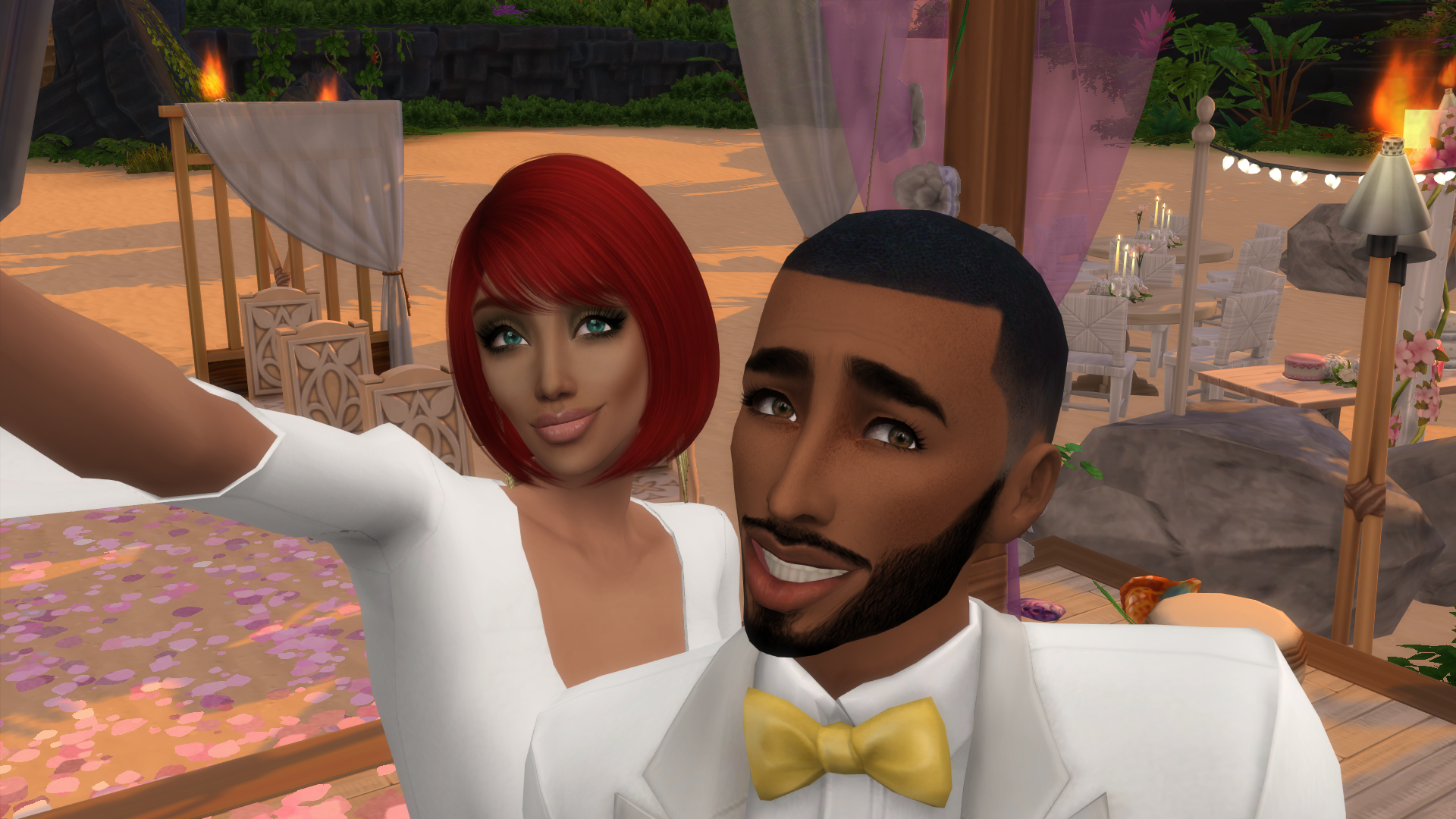 Reagan and Jaylen at Neko’s wedding in Sulani. 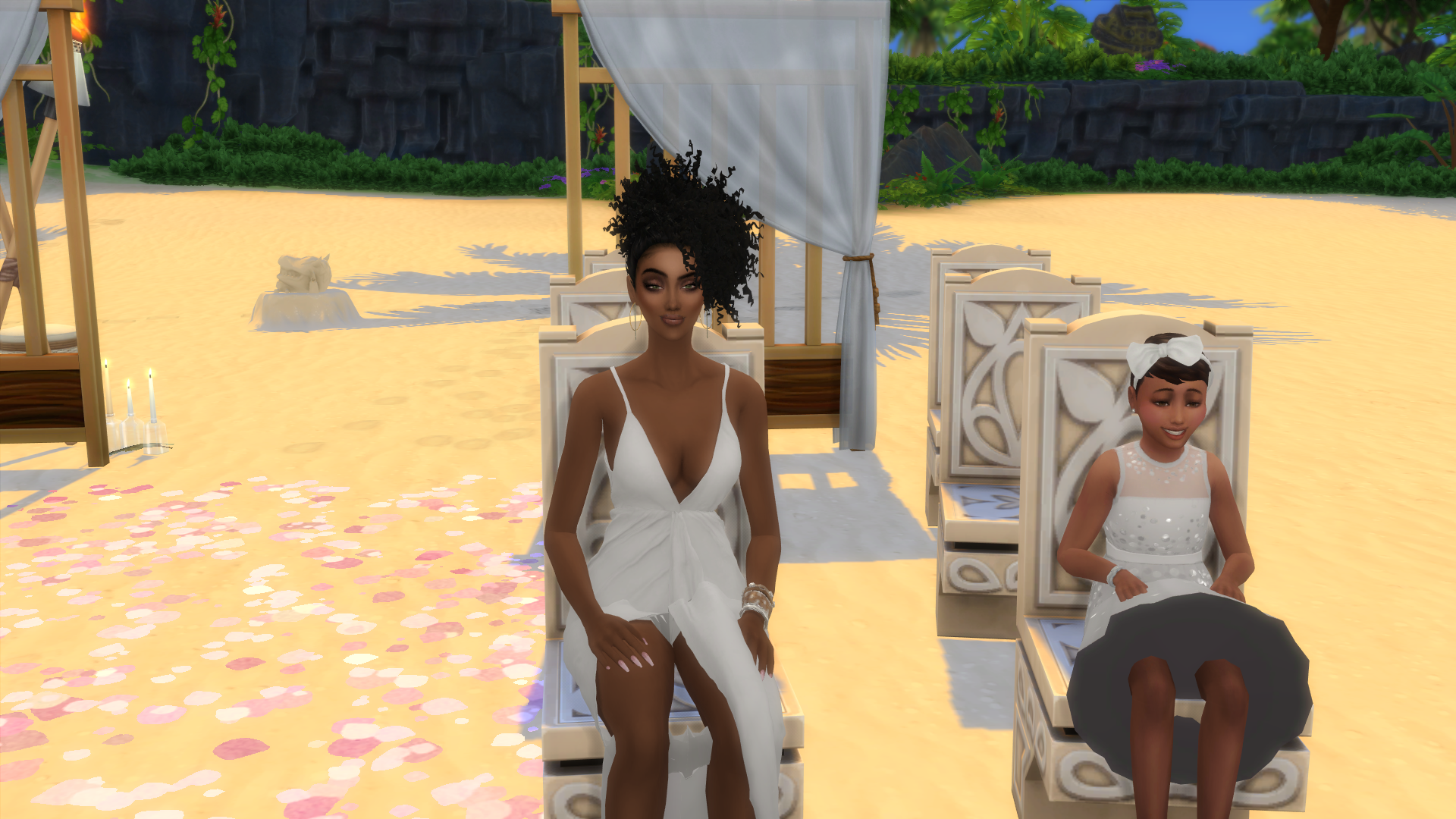 Marseille and Stephanie Pinto, Neko and Rawa’s ward that Reagan and Jay plan on adopting as their child soon. 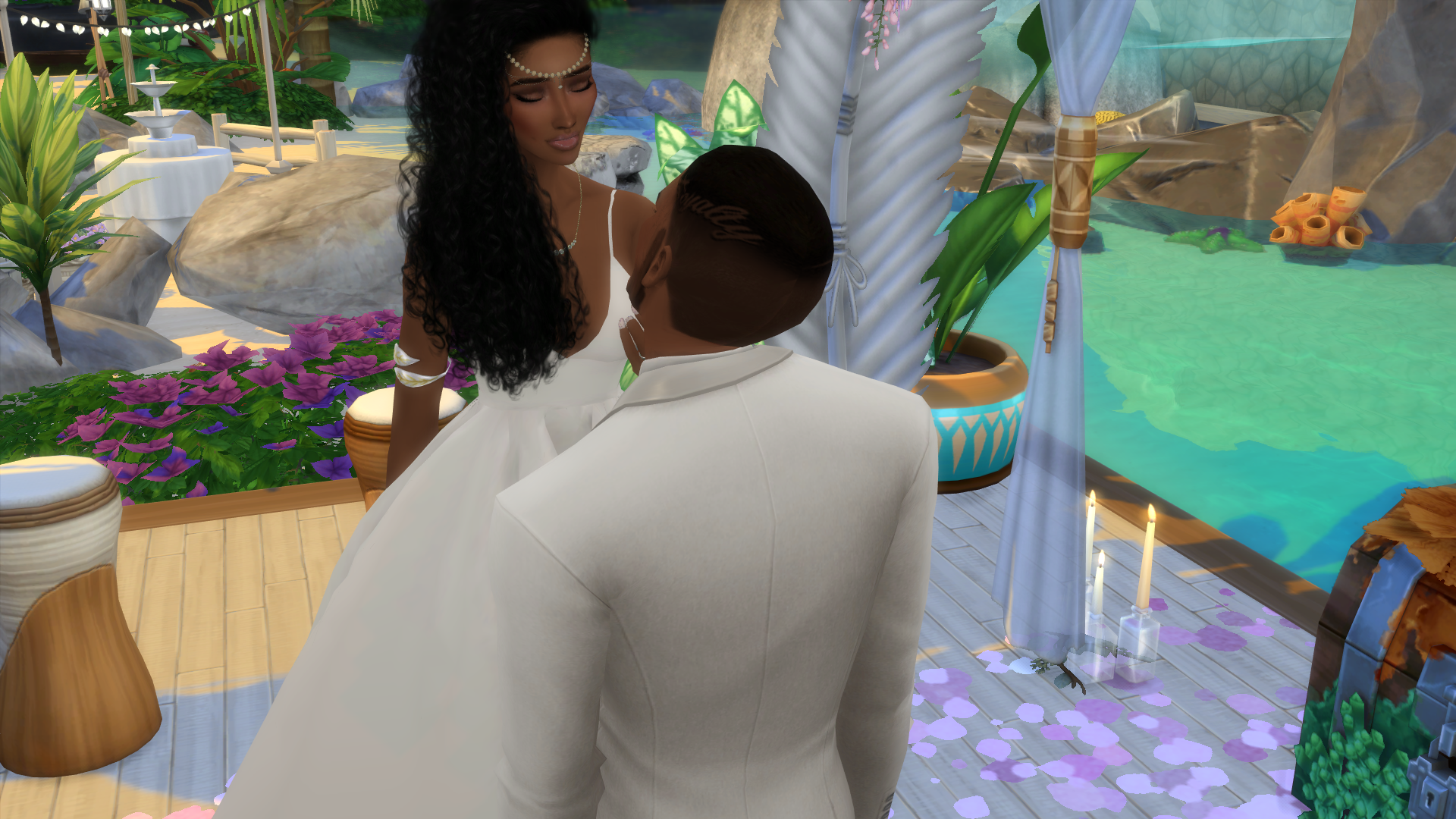 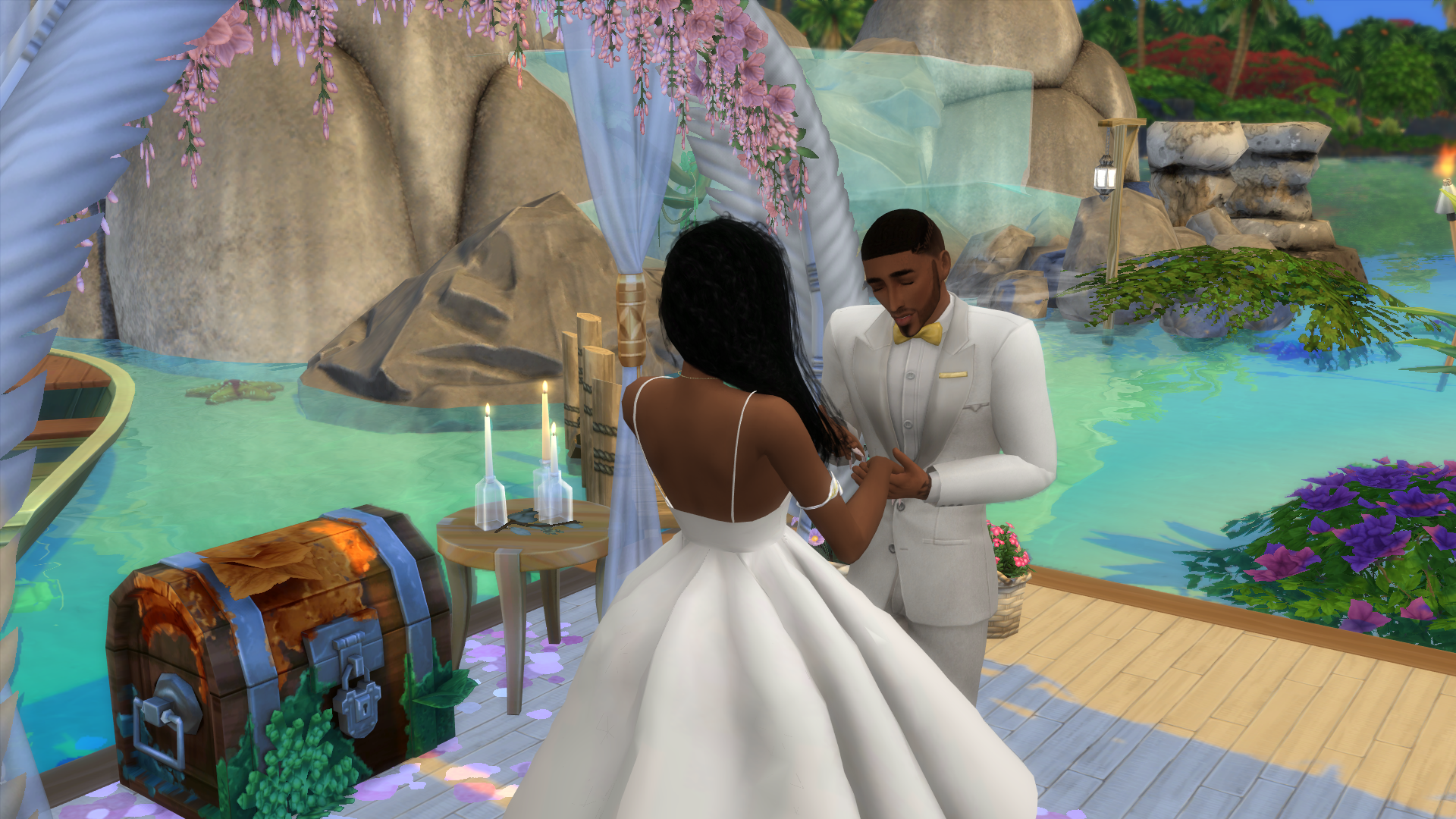 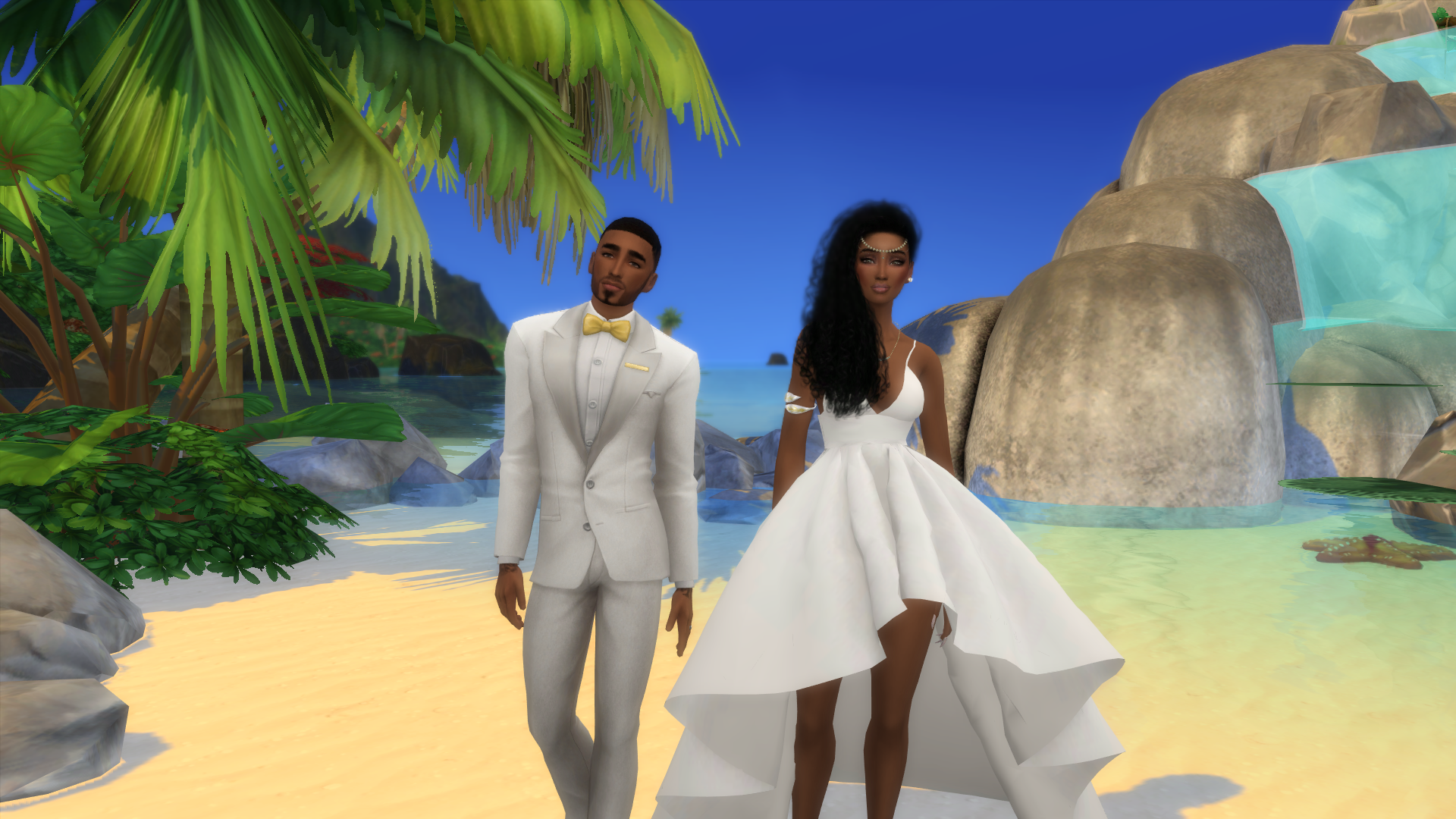 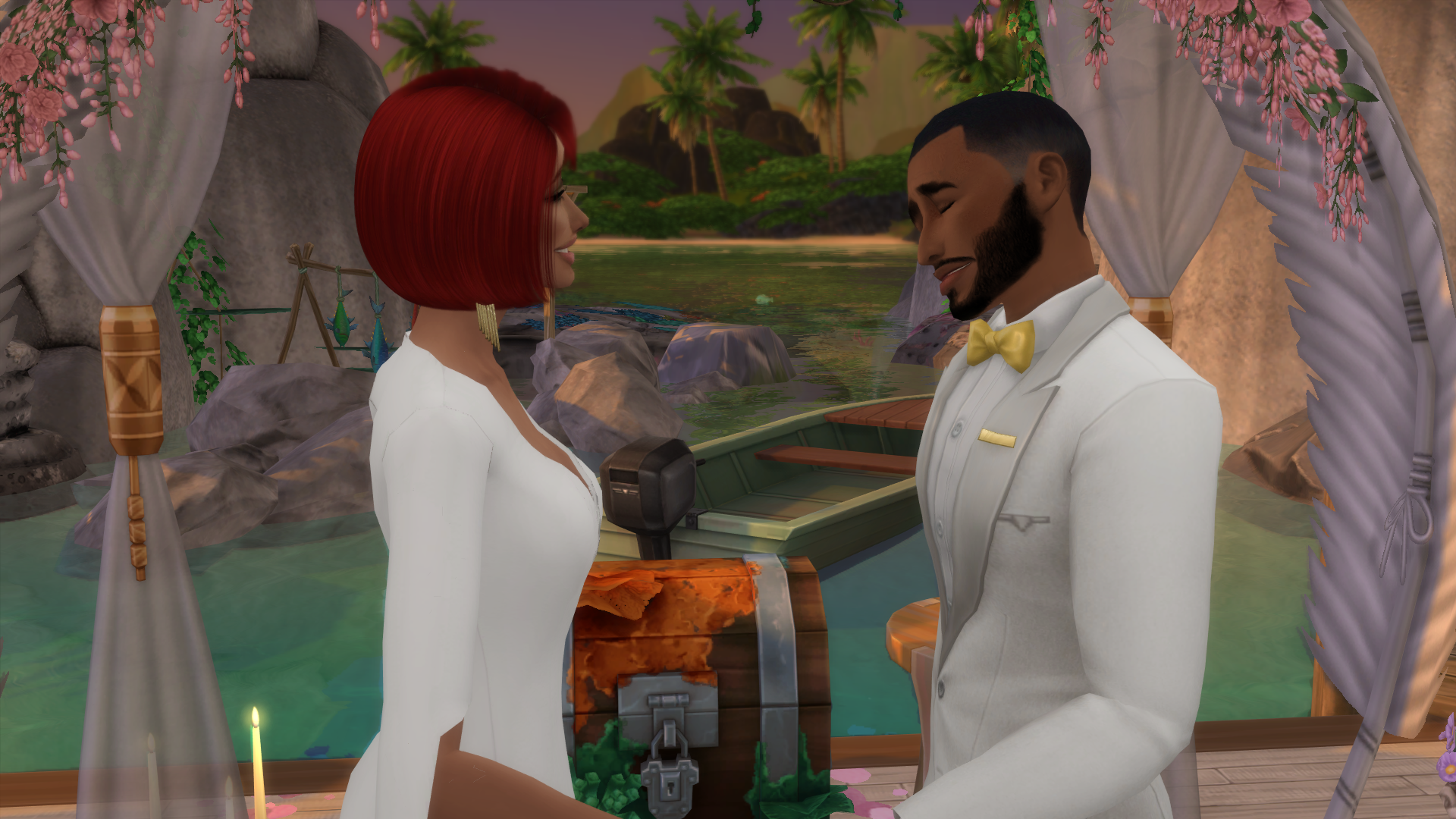 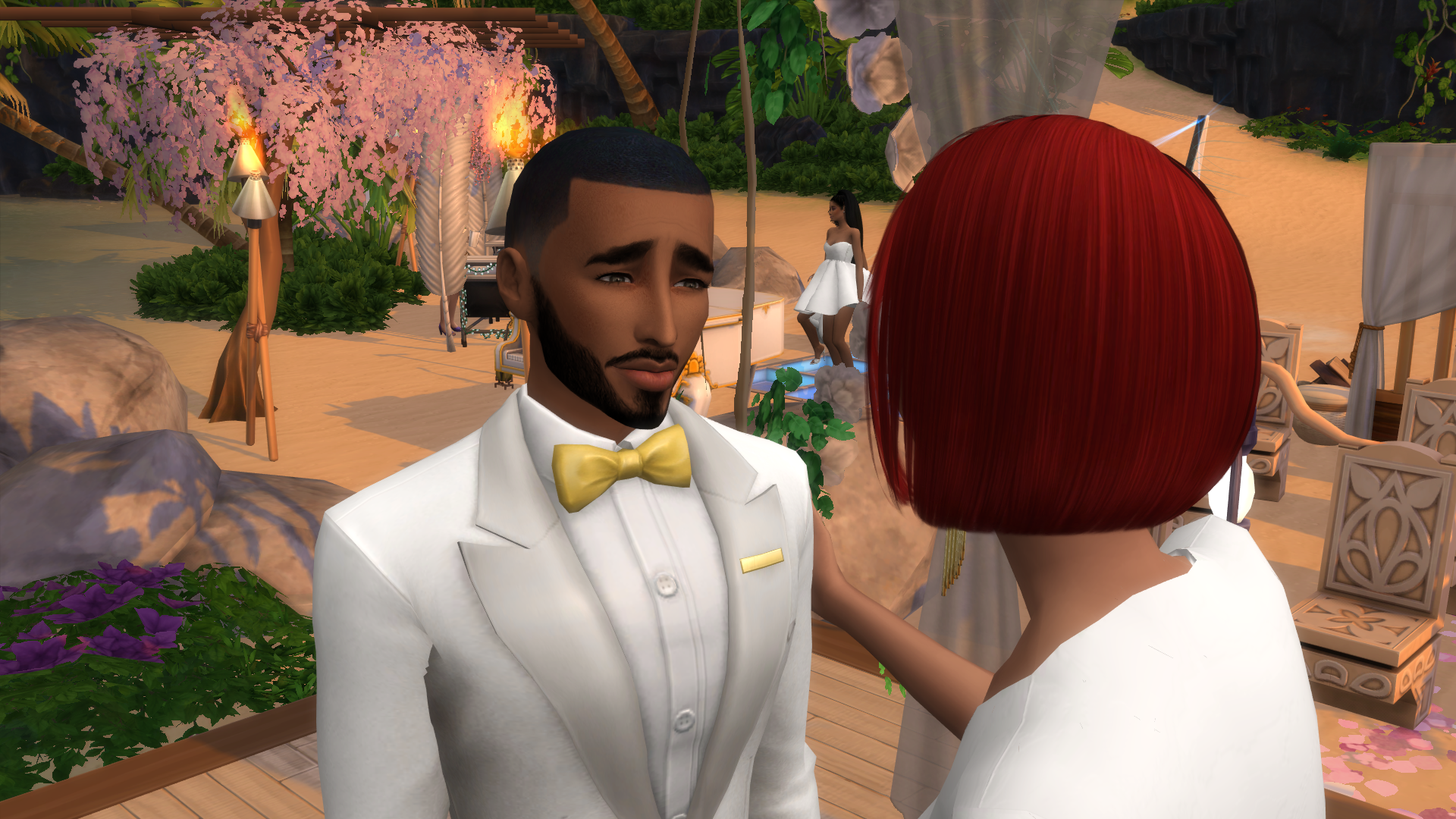 Reagan and Jaylen renewed their vows. It was like Miami all over again (cries) 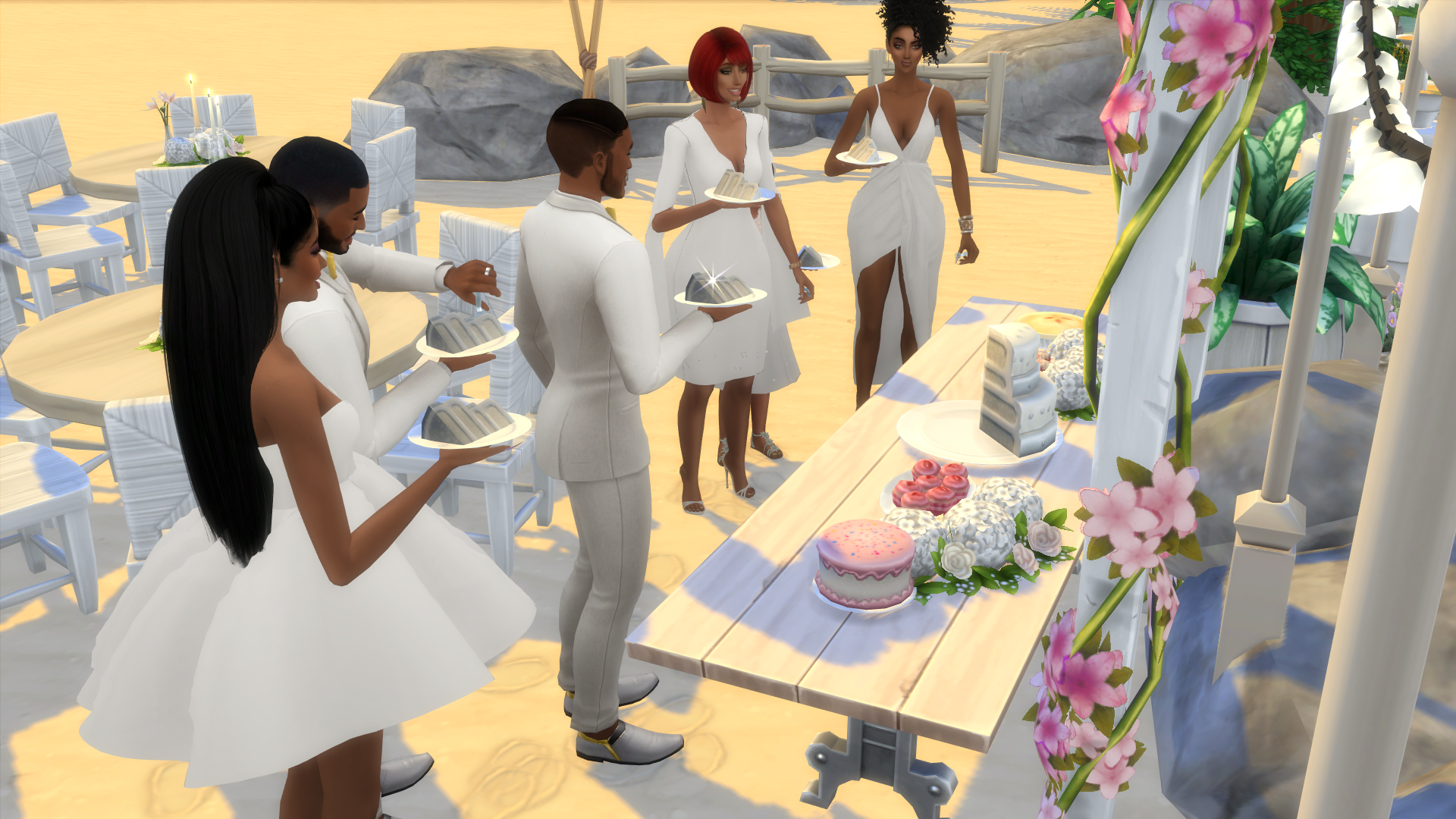 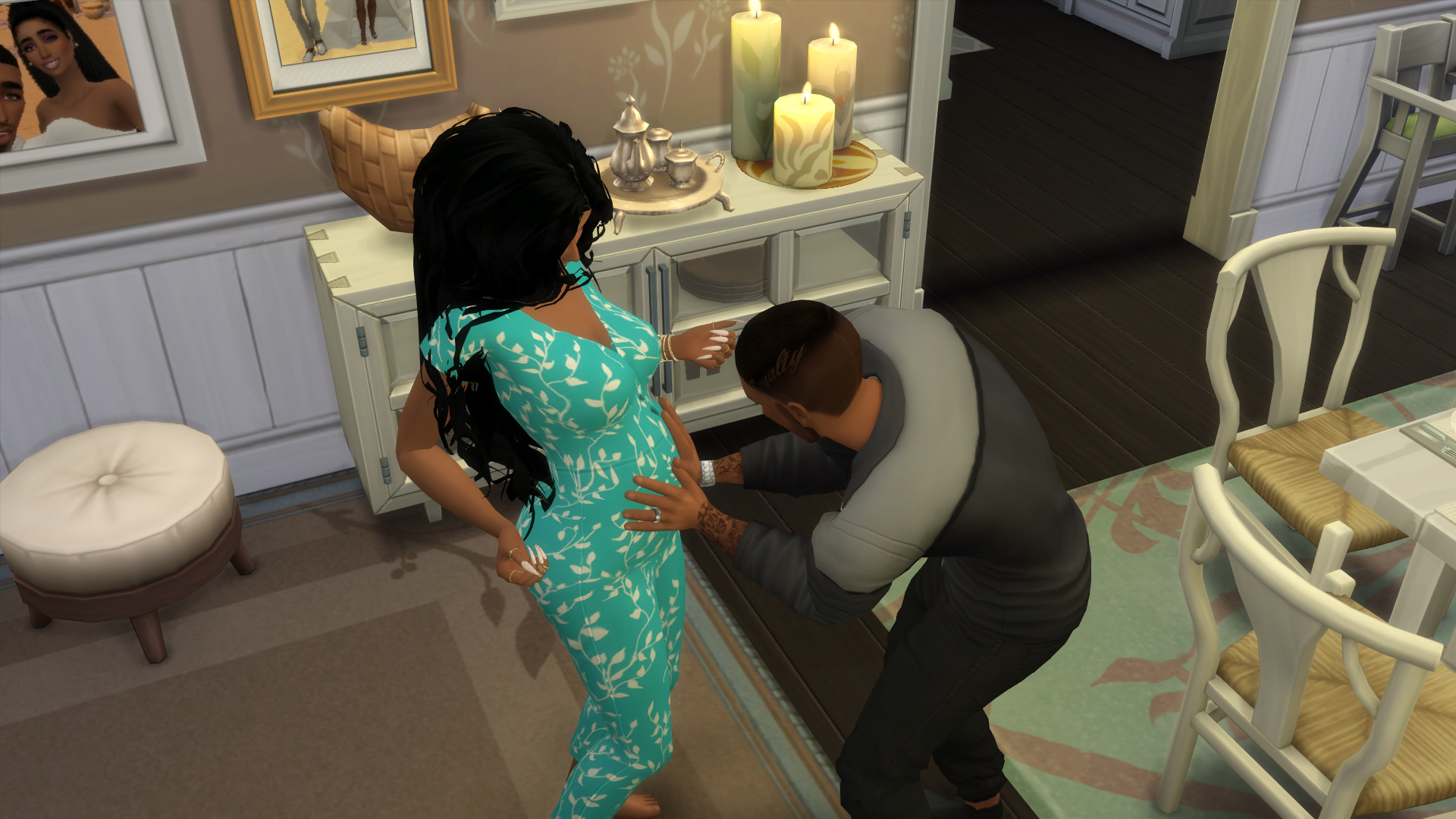 Neko feels Rawa’s tummy. He couldn’t wait to be a daddy! 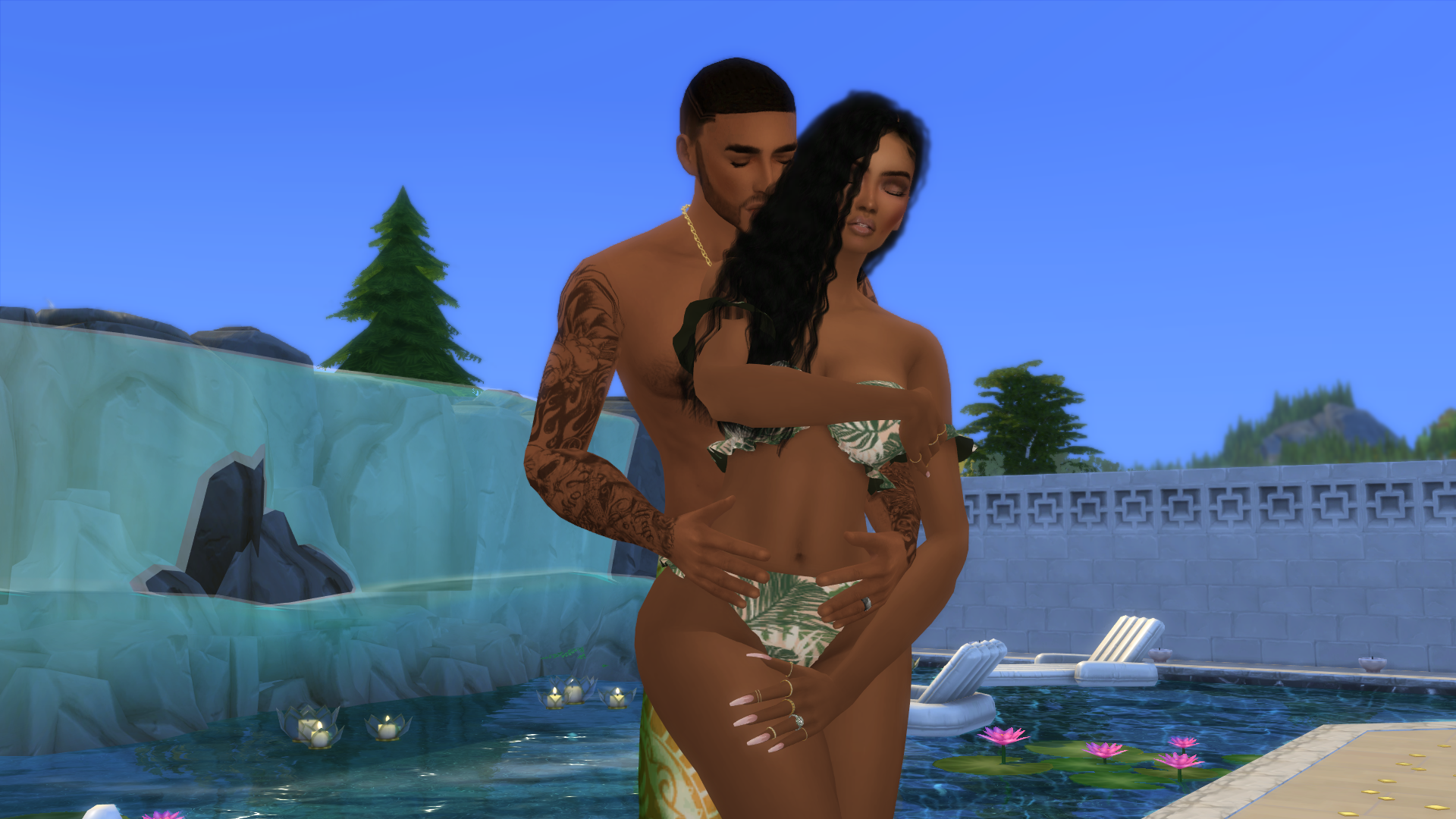 Photoshoot in the backyard. Neko’s parents actually gifted them this house I built as a wedding present. 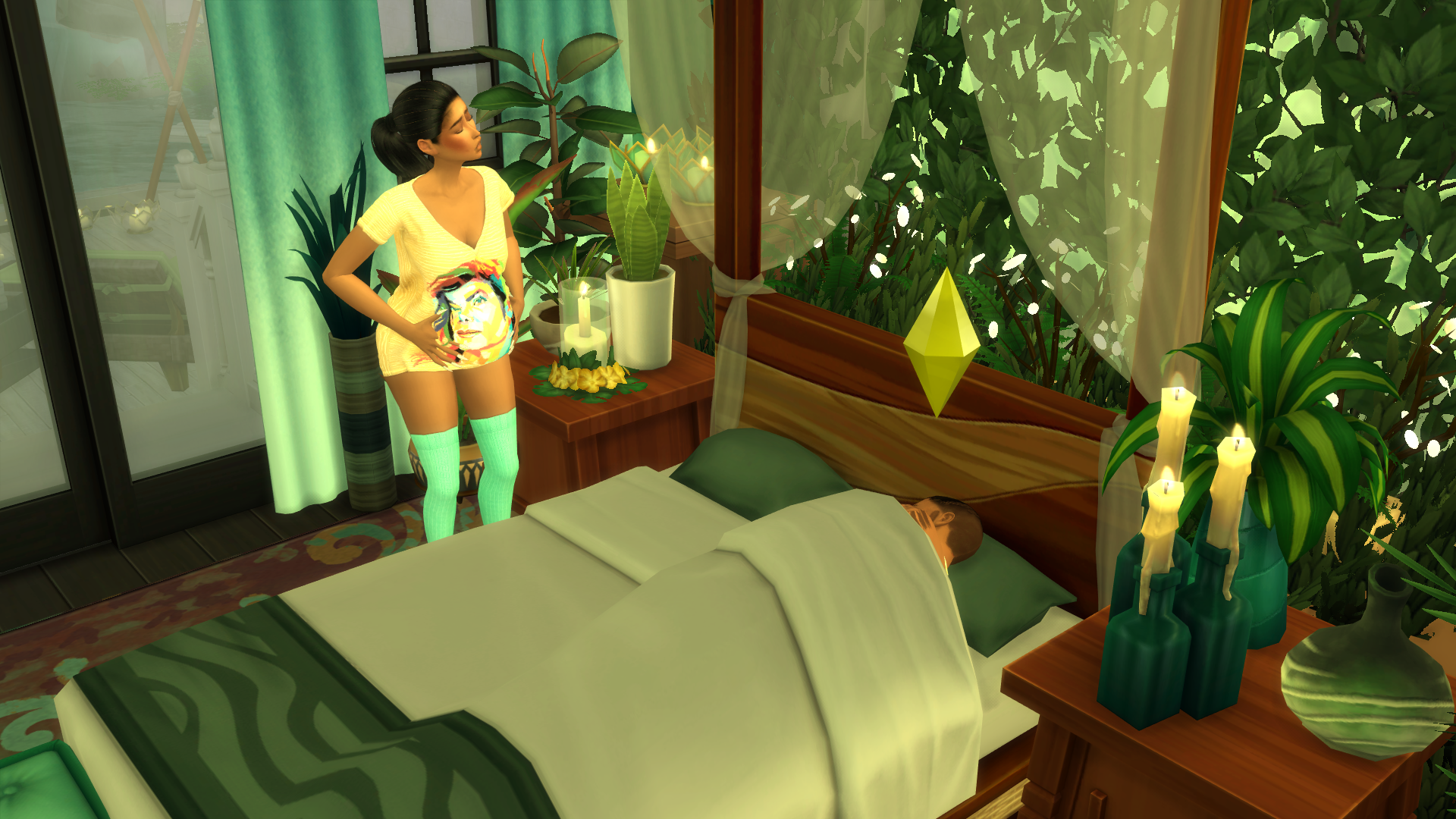 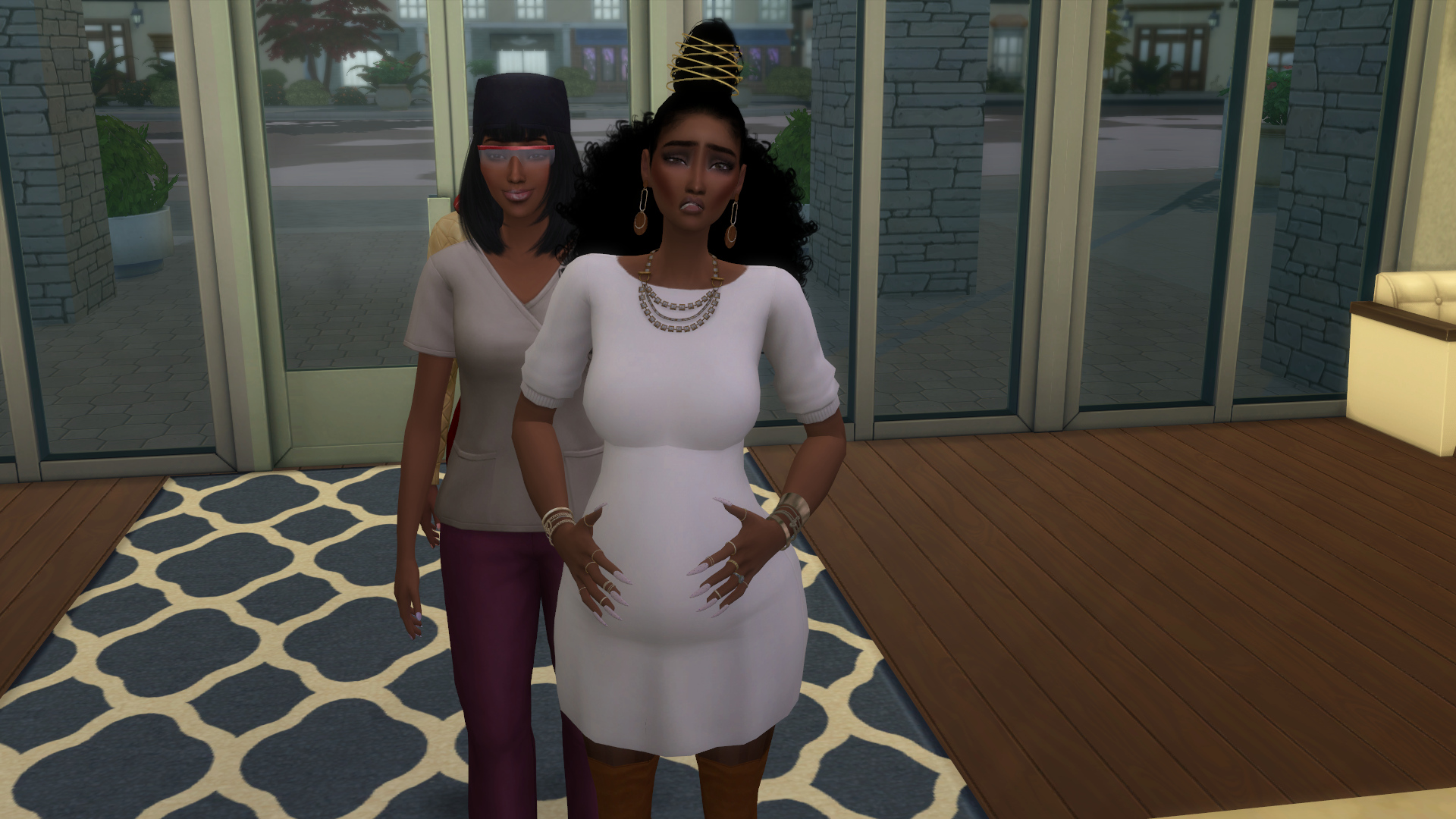 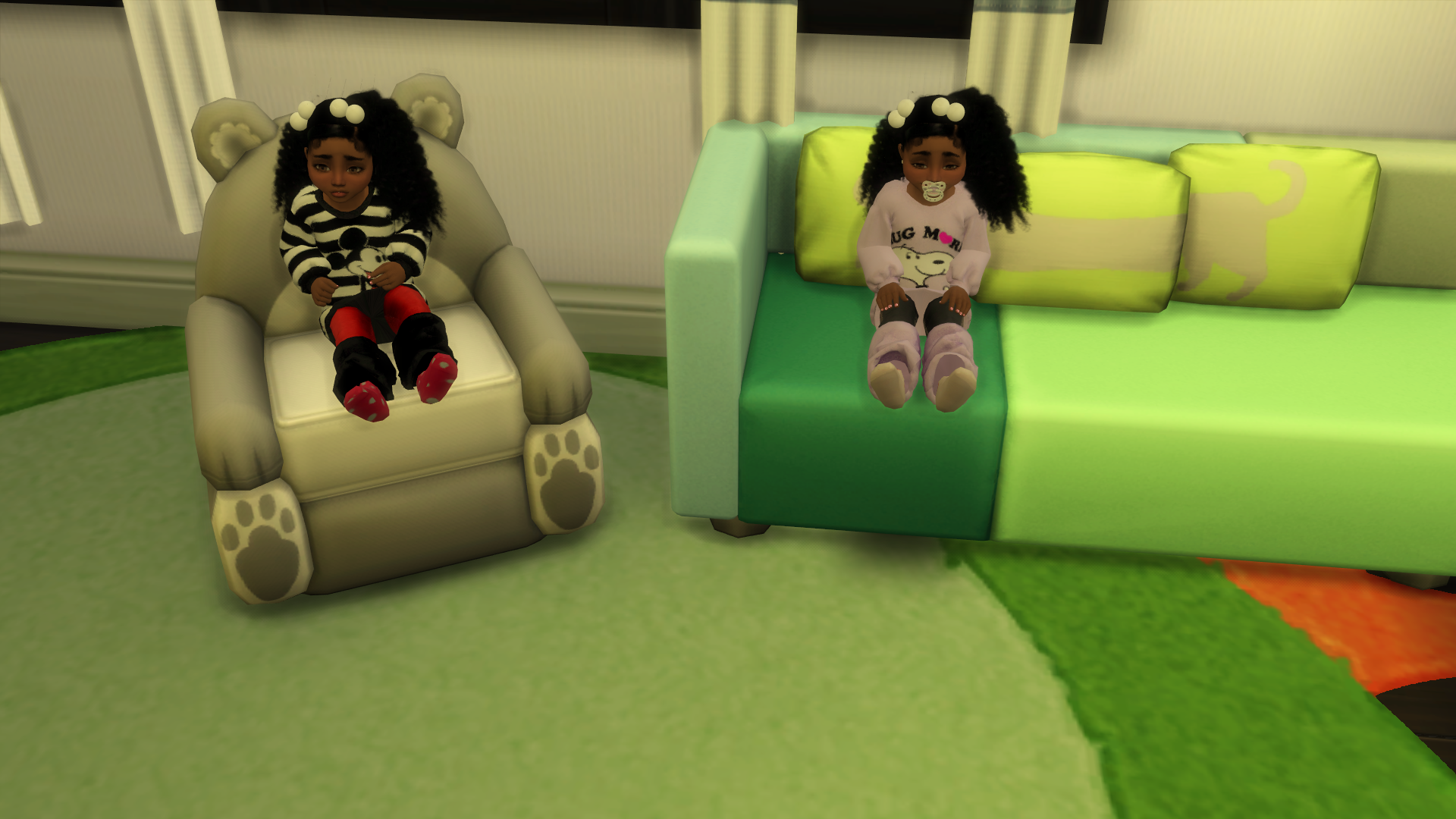 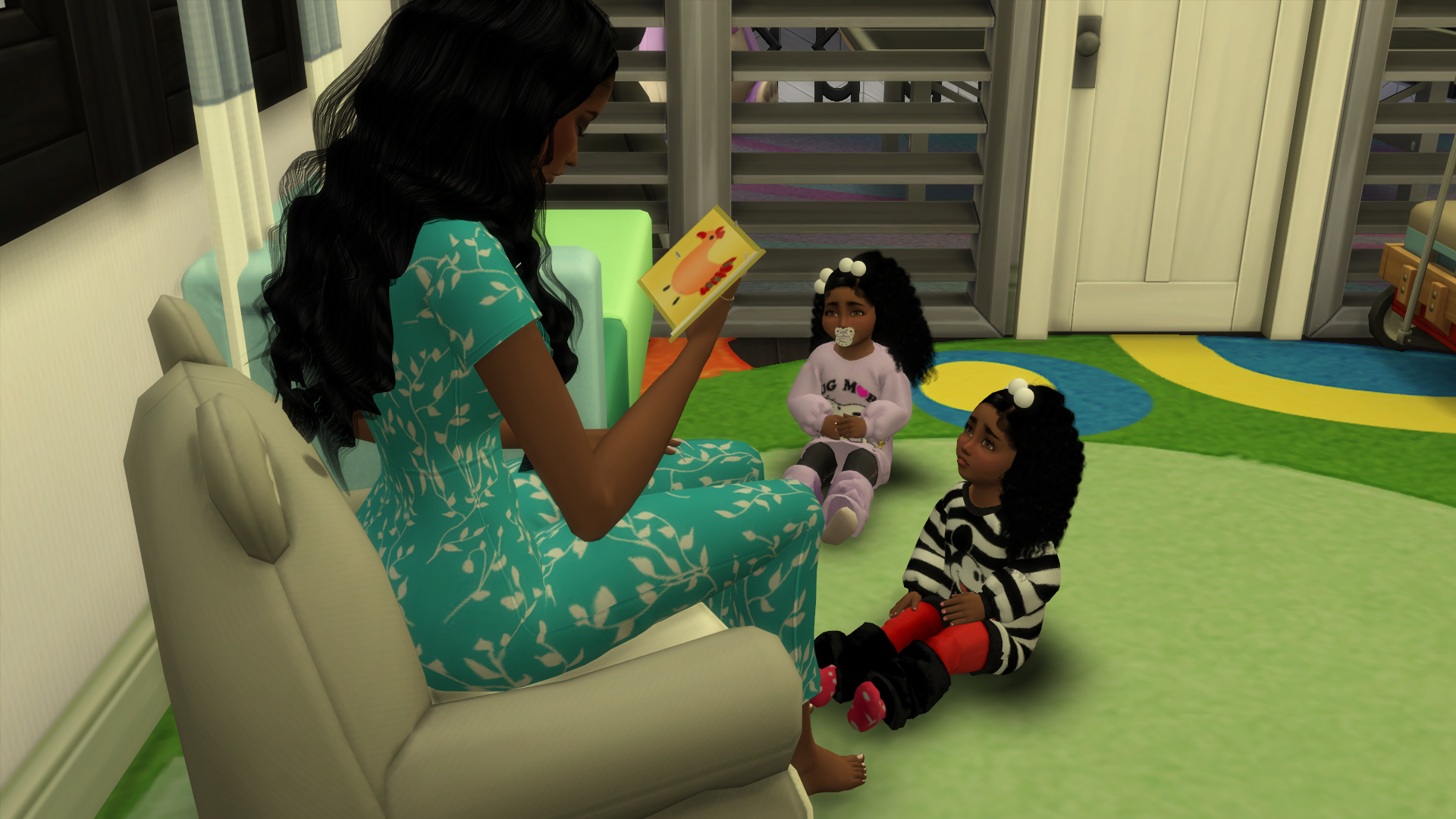 The twins! Dynasty and Apollonia Reign 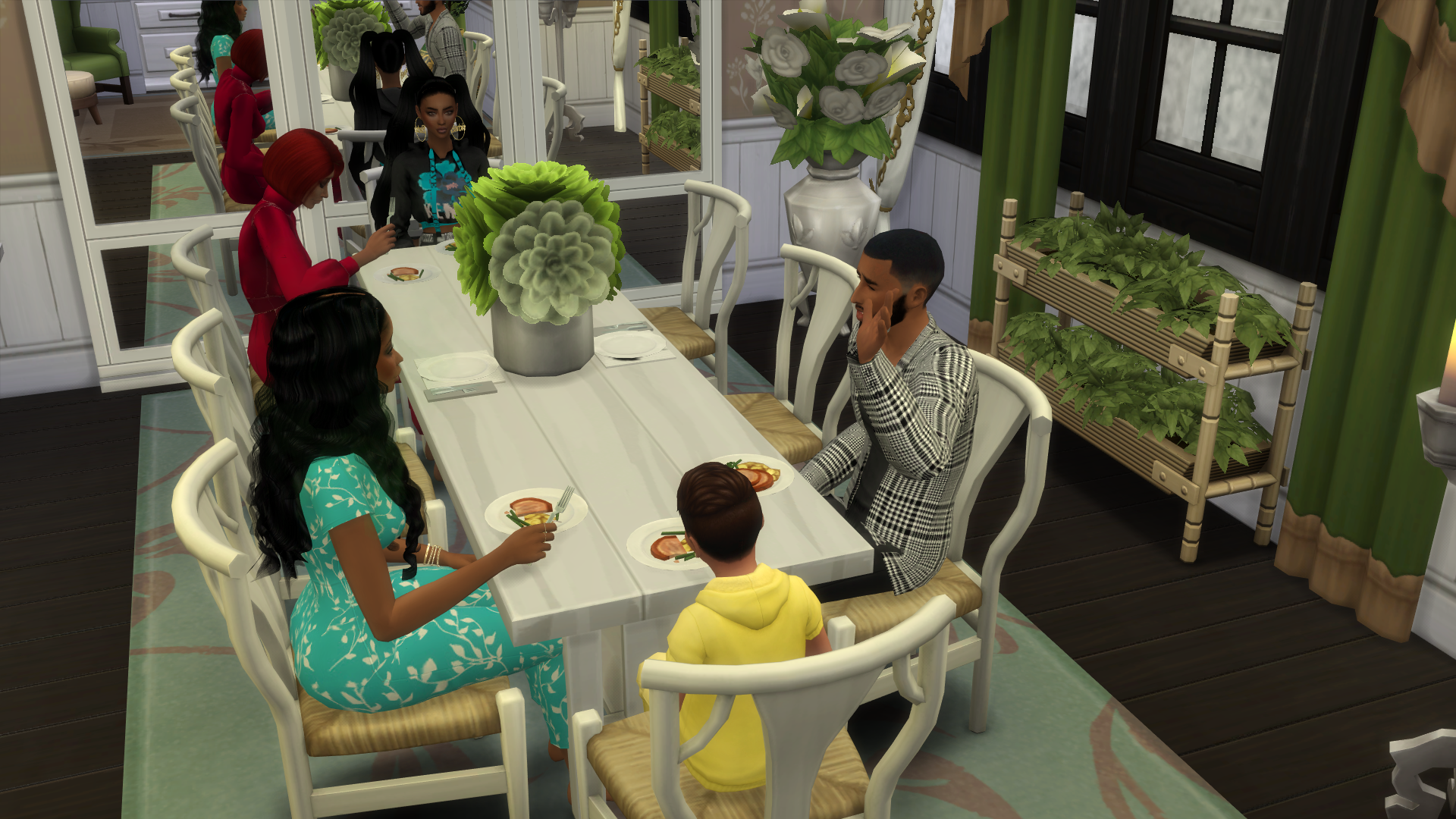 Reagan and Jay stop by for dinner. 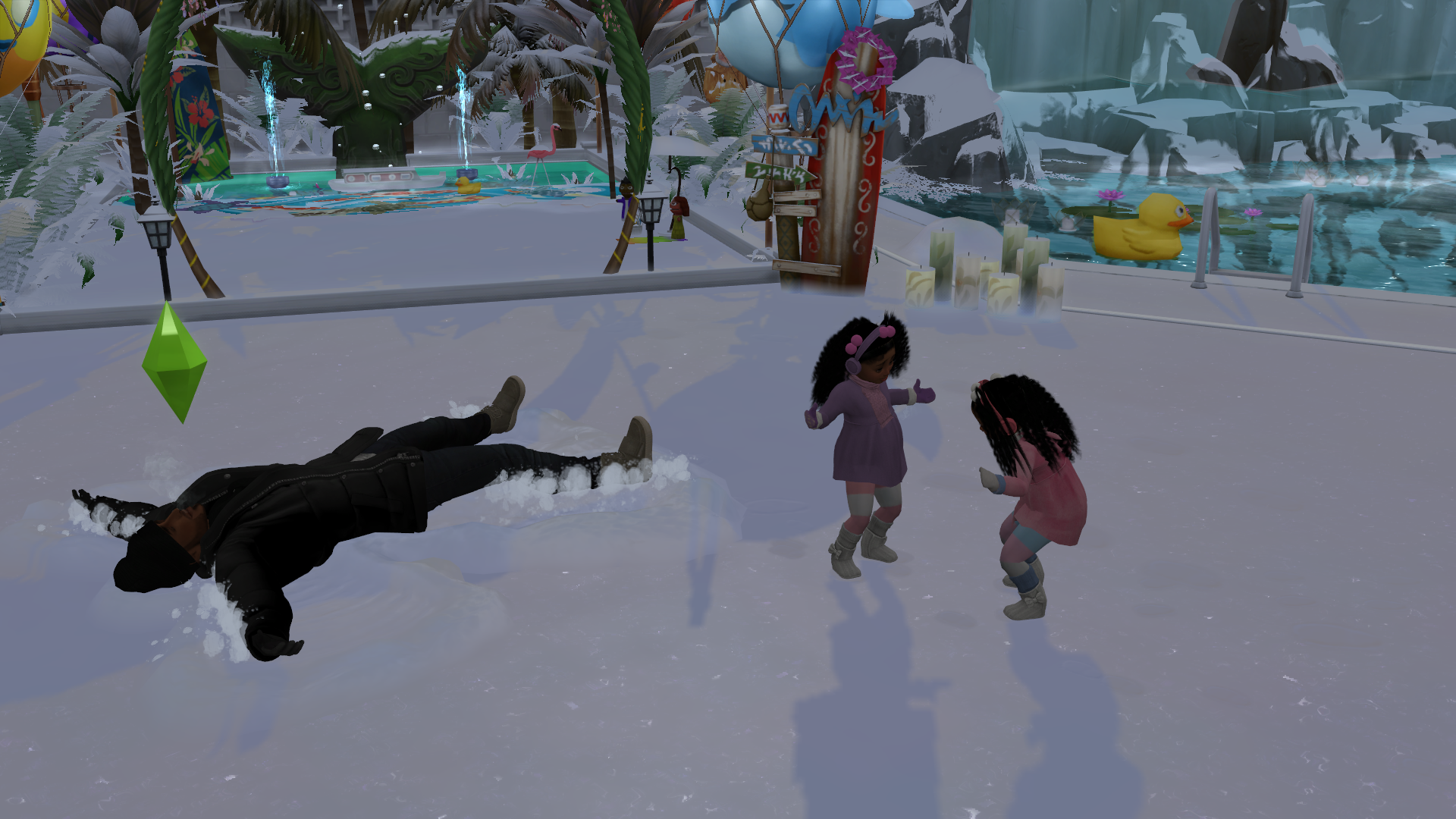 Neko is a great dad!

6 thoughts on “Hello All! Reagan and Jaylen Are Grandparents!”